StanData is dedicated to delivering a best in class sit-stand experience for office environments at an affordable price.

StanData’s solutions empower enterprises to create a company culture in which workers perform at their highest levels, contributing to the company’s overall success. StanData’s technology, which transforms virtually any electric sit stand desk into a data-producing health & productivity tool, is the choice of leading enterprises, healthcare organizations and universities. StanData is a wholly owned subsidiary of MKind, Inc. located in Boca Raton, Florida. 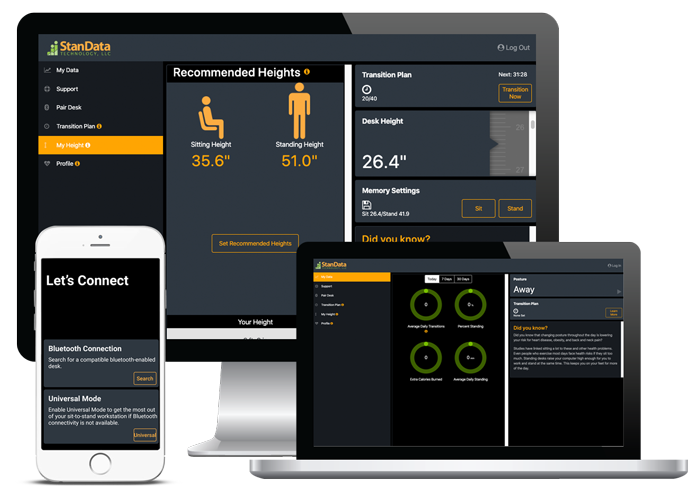 StanData began developing the technology in August 2017 for the LifeDesk®, due to a request from a major financial institution undergoing a headquarters move that was interested in installing sit-stand workstations for their office workers which numbered in the thousands.

The institution’s two specific challenges were controlling the power consumption of so many workstations and determining if there is, in fact, an ROI on such a large investment.

A successful proof of concept for the power consumption solution was delivered in October of the same year and approved by both the client and the state’s chief electrical inspector.

Being able to deliver an ROI however, was a little more of a challenge as this required DATA collected over time. As an alternative, the institution was forced to rely on generic case study data which was inconsistent at best.

With the technology in hand and to address this challenge we worked with LifeDesk® over the next 18 months collecting this data, eventually surpassing 100,000 transactions in March 2019.

During this period and due to the uniqueness of the solution, a patent on the technology was filed in October 2018.

During the data collection period, we were surprised by what we found –

The data collected was very encouraging, in fact, we could now deliver a somewhat “minimum ROI” by extrapolating the reduced number of daily breaks due to discomfort, the average break length and number of days at work per year.

For example, assuming an average break of 10 minutes and the average number of workdays in a year, this translated into 147 hours of additional employee output per annum.

While these results were encouraging, the low engagement we observed was clearly a challenge that needed to be overcome.

Upon conducting further research, we discovered that our results were pretty much in line with many Workplace Wellness programs, which commonly reported overall low engagement in the 20-40% range and a very low — if any ROI. RAND, Workplace Wellness Programs Vol.5, No. 2 2015

Furthermore, most employees that engage with their Workplace Wellness Program, had a healthier profile and simply saw this program as another employee benefit.

We equated what we developed to a “FitBit® with education”. Simply by giving an individual a FitBit® does not encourage them to start walking if they do not have a propensity to do so. Of course, those that are engaged and internally motivated will be working towards their set goals, but that still falls in the minority.

It has been long established that most individuals perform better in groups as they work towards a common goal. There has been a myriad of articles on this topic that can be found simply by searching for “Are individuals more motivated to exercise when part of a group”.

Gamification has also been found to encourage usage. In fact, Gartner has found that gamification is the primary mechanism used by at least 40% of Fortune 1000 companies to transform business operation published recently on this topic. There are two reasons why. They –

While this may not be the case for a company’s top performers (who are already engaged), it certainly seemed to apply to increase engagement amongst all employees.

Various group settings and incentives were analyzed, and a protocol was devised that has proven to deliver results and outcomes by –

85% engagement or higher was achieved in each Pilot Program conducted. This exceeded our expectations.

These employees were randomly selected, and it was clear that we were able to effectively engage what Health Insurers define as the “At-Risk” employee population.

Two other noteworthy outcomes were –

We were so surprised by these results that in June 2019 we submitted our data protocol, collection and interpretation to The Validation Institute, a third party accreditation facility for Wellness software.

Once accreditation was received, we quickly realized that the software’s potential was far greater than we could have initially imagined when we began developing it for the LifeDesk®.

Throughout this journey, we’ve been very fortunate to be able to rely on advocates and advisors from major organizations such as Traveler’s Insurance, UNUM, The Hartford, Aetna, Arthur Gallagher & Co., Willis Towers & Watson and Hub to name a few.

The underlying message was the same:

“For the software to have value it must be easy to use, work with any sit-stand device and FREE”

It seemed like a tall order, but we rose to the challenge with the introduction of our StanData USP. When we shared the software and the model with our trusted advisors, their feedback was that, when the software launches, we have effectively removed all barriers to entry.

Introduction of StanData’s USP, BETA and Next Steps

Our USP while not connected and able to control the sit-stand workstation allows users of any make or model to track transitions, schedule reminders and view their performance metrics. And, like the user version of our Connected product, it will ALWAYS BE FREE. Pilot Programs can also be conducted with our USP and in conjunction with any of your sit-stand workstations no charge.

There are two reasons we made the decision to launch the USP in BETA:

We need your feedback!

If you are involved with Corporate Innovation within your organization and feel this may be of value, please contact us below. We want to hear from you!

As we continue to develop our upgrade path, scheduled for full release for ‘Q3 of 2020, you will become one of our trusted advisors. You will have access to the new technology before it becomes public and be part of a shortlist of individuals that will help us improve the product functionality and user experience.

To enhance our client’s bottom line by contributing to their employee’s health wellness and productivity through our products, support and training.

To consistently exceed customers’ expectations through our unparalleled products, service, delivery and to continuously improve our products by listening to our clients. 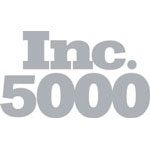